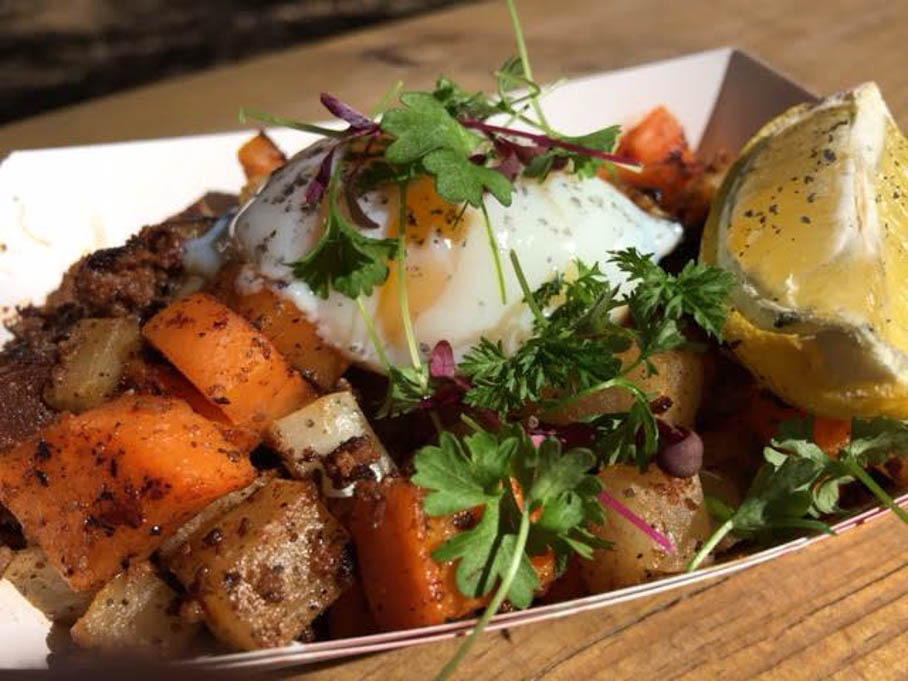 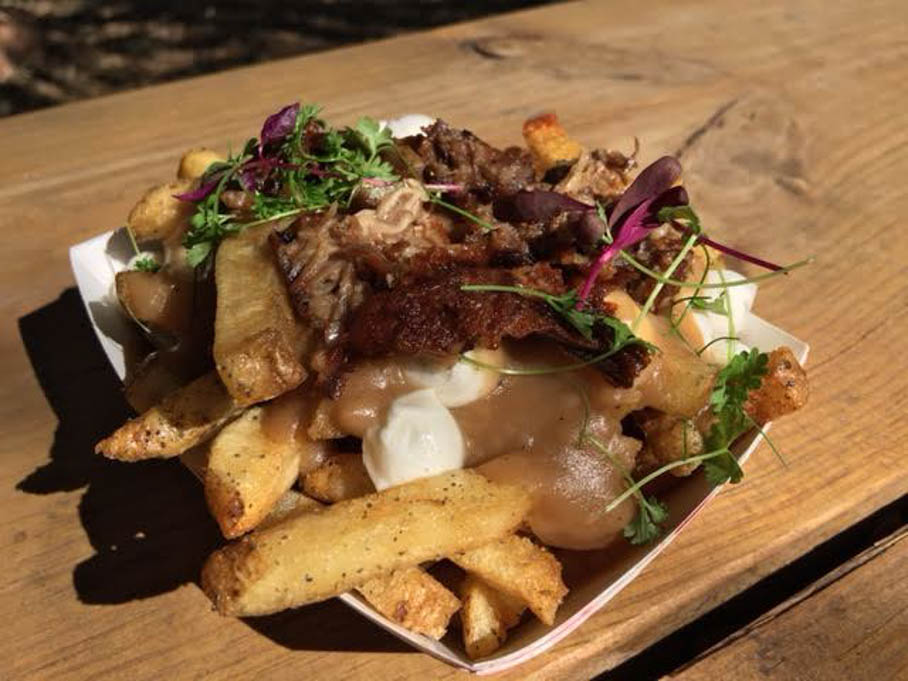 Austin is arguably home to a plethora of food trucks, many of which situate themselves at well-known local breweries, making for the perfect Saturday afternoon away from the mayhem that is downtown. On this particular Saturday, I was fortunate enough to try one of Austin’s newest food trucks, Austin Taste Us. This made me question some of my choices in life; the first being why did I let two months slip by before seeking out such a treasure trove of deliciousness? The second, why did I drink enough beer to prevent me from returning for seconds? Austin Taste Us is the culinary child of chef Aaron Esserman. A dream he has been pursuing since his culinary school days 13 years ago.

Austin Taste Us takes street food, and kicks it up a notch or ten! Chef Aaron calls it elevated street food.  At his recommendation, we opted for a few of the favorites. Although we were perhaps slightly overzealous in our quest to taste it all, we successfully chose four items and I can honestly say that I do not regret a single one of them! We started with the ever-popular “Trucky Ducky Chorizo”, a fresh, earthy spin on a traditional hash. Chef Aaron hand grinds duck breast, which he then marries with truck-made chorizo spices, and garden fresh sweet potatoes and yellow beets. The result is a homerun success that left me yearning for more the next morning. While duck has a traditionally fatty property to it, the fine ground nature leaves it nearly disguised as pork to the unknowing consumer. The fresh greens, spices and root vegetables have such deep, earthy notes and velvety textures that balance out the ground duck in every bite.

Now I may be a self-proclaimed Poutine connoisseur, but I can assure you that I have never met one that stands out like this! Widely known as a Canadian-born hangover helper, Poutine can take on many variations, which not everyone can successfully deliver. As I have recently left my twenties, my body is quick to remind me on Saturday morning that last night’s bottle of wine isn’t as loving as it was twelve hours ago. My new hail Mary rescue might be regular trips to source out chef Aaron’s Poutine. Even if you are not a Poutine fan, I highly suggest partaking in the option to add-on a side of these heaven-sent fries dusted with black Hawaiian sea salt. The french fries are so perfectly crisped, that even by the end of the meal, they never fell victim to the dense sea of lamb demi-glace, perfectly crusted lamb chunks and fresh mozzarella pearls. Too often Poutine is left soggy beneath watery gravy, but the lamb demi-glace holds on for dear life and intertwines itself through the mountain of Cheffy Fries—standing true until the last bite.

What Austin food truck would be complete without tacos? Certainly, not this one! Of course, an order of the Lamb Osso Bucco tacos were in order for this trip! A healthy sized taco served on an open-faced buttery flour tortilla was piled high with braised lamb shank, a bundle of pickled carrots and jicama. This is then finished with a slice of fried avocado and a drizzle of brightly colored cilantro and charred scallion puree. The taco was layered in such a way that instead of bites of watery lettuce and filler, each met you with tender chunks of lamb and crisp vegetables, all tied together with the herb forward puree. The cool avocado met its match with it’s perfectly crisped fried outer shell! This was without a doubt one of the single most filling tacos I may have ever met. Which is why I suggest they not be skipped just because they are posted on the menu as single tacos.

At this point, any “normal” person may have started to waive the white flag. But there was one more dish to conquer and I felt it my civic duty to press on for the good of all foodies! The last dish was the Pork Belly Sliders. A perfectly charred cut of butter-tender, truck-cured pork belly is situated on a slider roll.  This was accompanied by an Asian glaze with a habanero blood orange marmalade and a perfectly cooked quail egg. (You’re going to want some napkins for this one friends). The Asian glaze spread about the bun gives way to a wonderfully sticky blanket of moisture! The habanero blood orange marmalade is so delectably balanced with bitter and sweet, that it accentuates the natural flavor of the habanero, rather than the heat. Tender strips of blood orange rind lay atop the quail egg, creating the most consistently cohesive bite each time. This was perhaps my favorite of all; but I’m also a sucker for pork belly and the flavors of blood orange and habanero.

You might be thinking, hmm, that’s quite a lot of lamb you have there! Maybe you aren’t a fan of lamb—and that’s ok! Truth be told, until this visit, I never specifically sought it out. So again, I am questioning my life choices about what I may have been missing. Austin Taste Us has several inviting options for the vegan’s out there—including a vegan option of the Trucky Ducky Chorizo! While I was not fortunate enough to get to try every single menu item! Mainly because I am only human and lack the anatomy of our multi stomached bovine friends, I will definitely be back to catch up on all that Austin Taste Us has to offer!