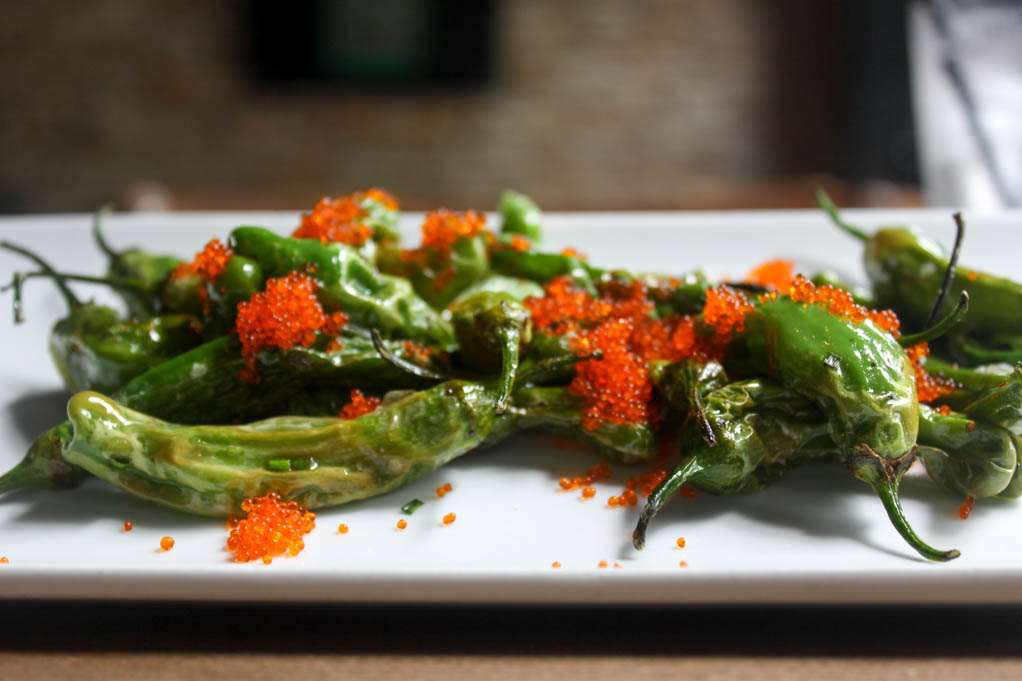 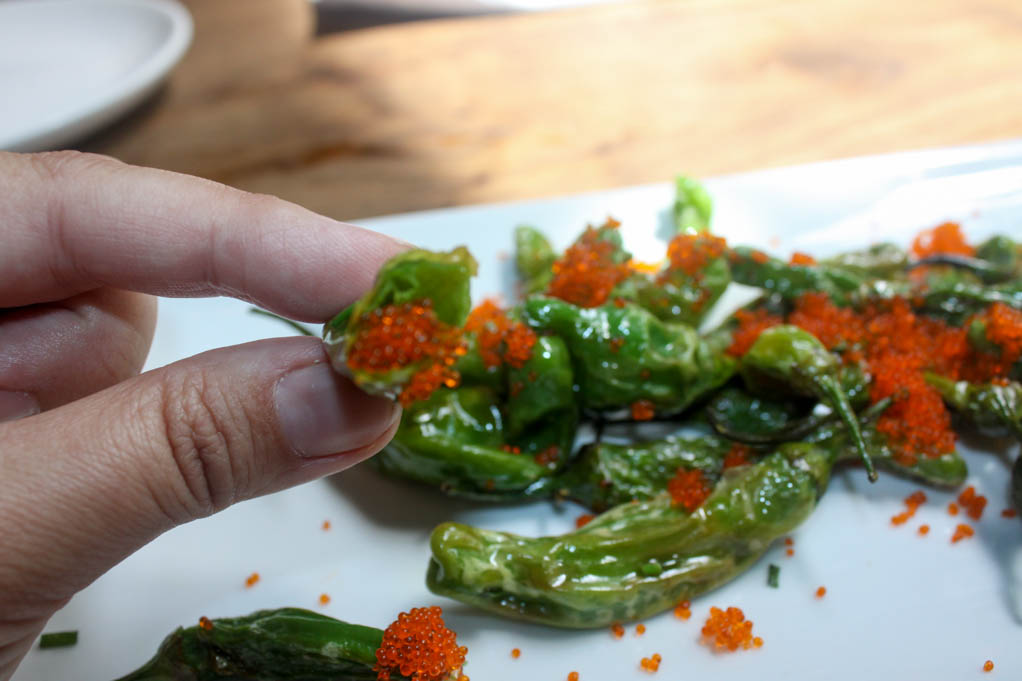 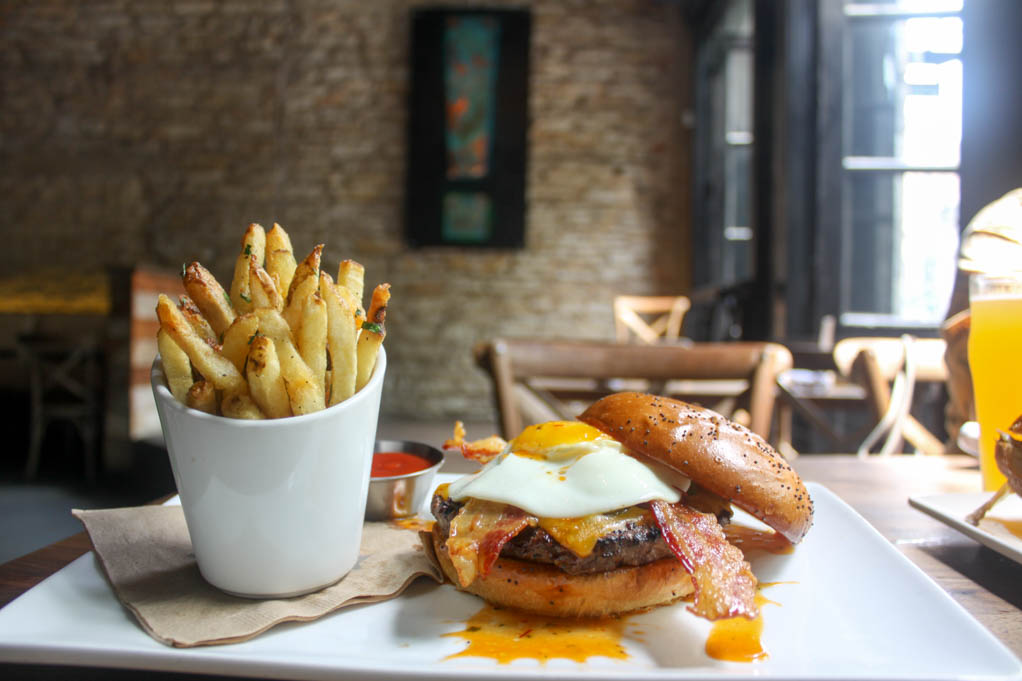 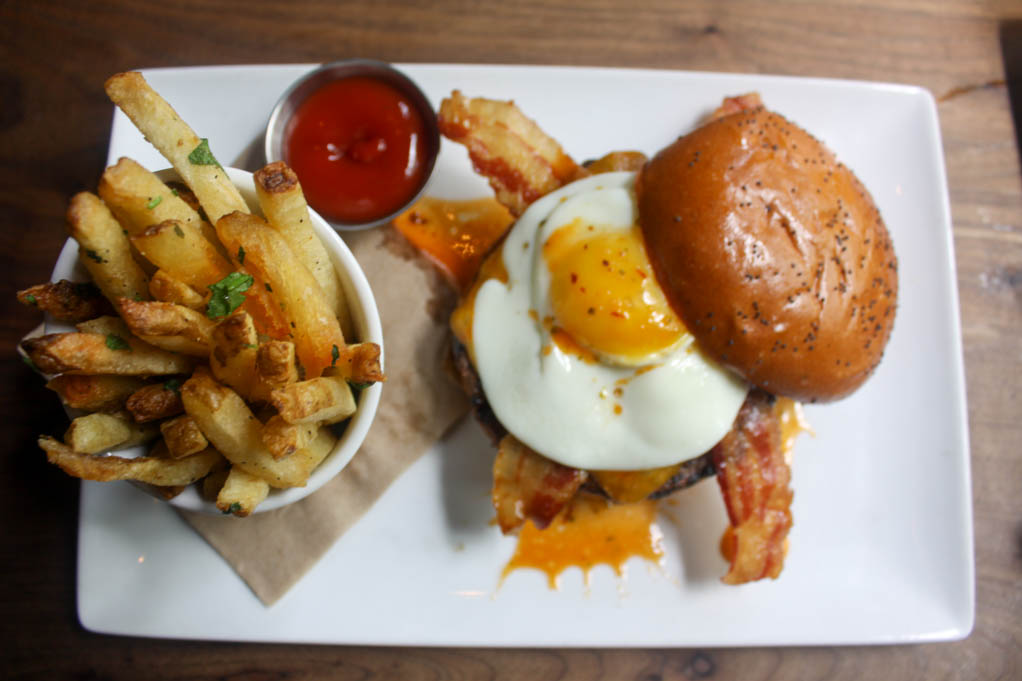 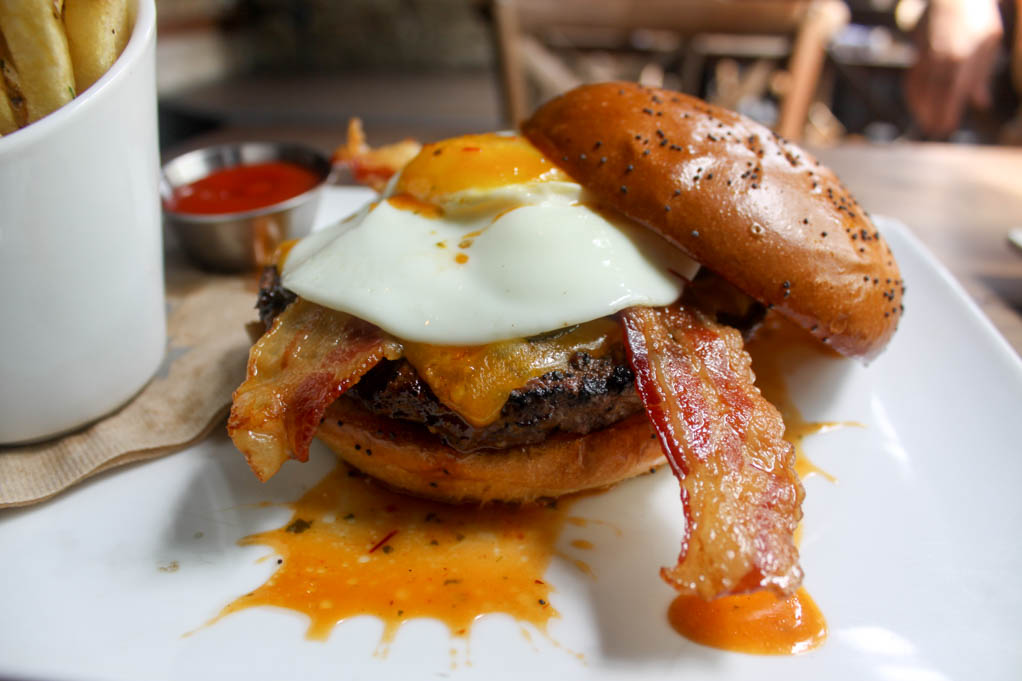 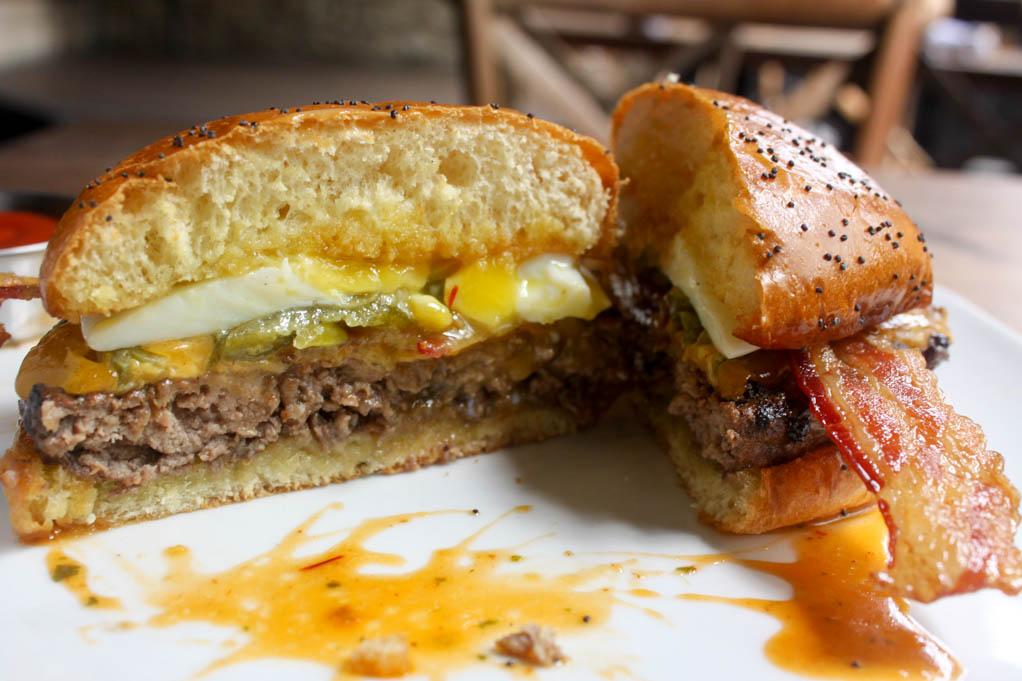 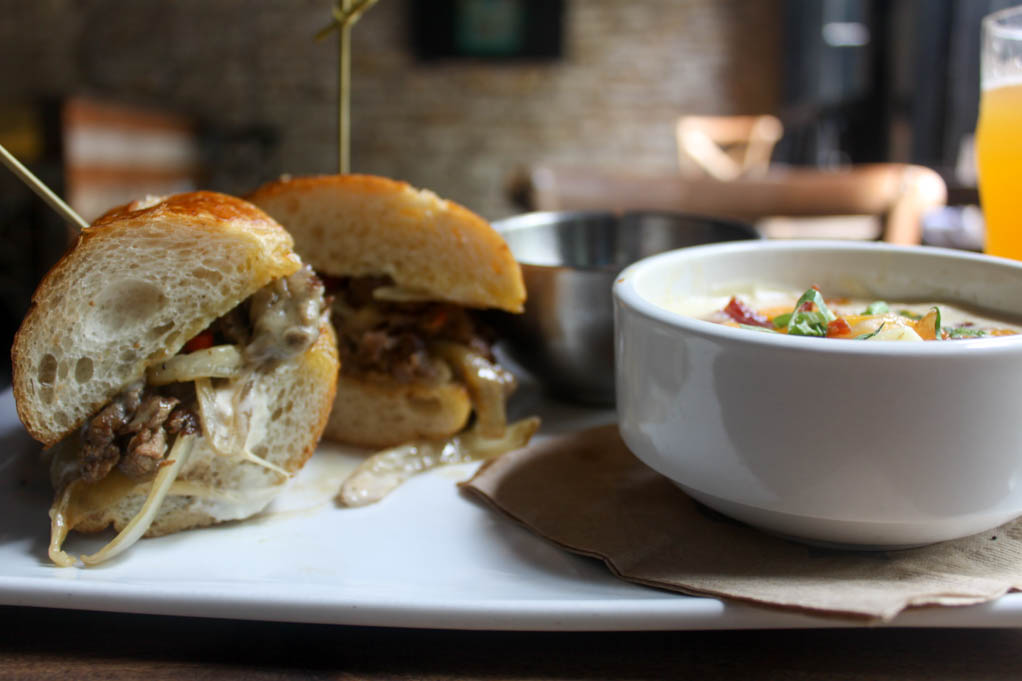 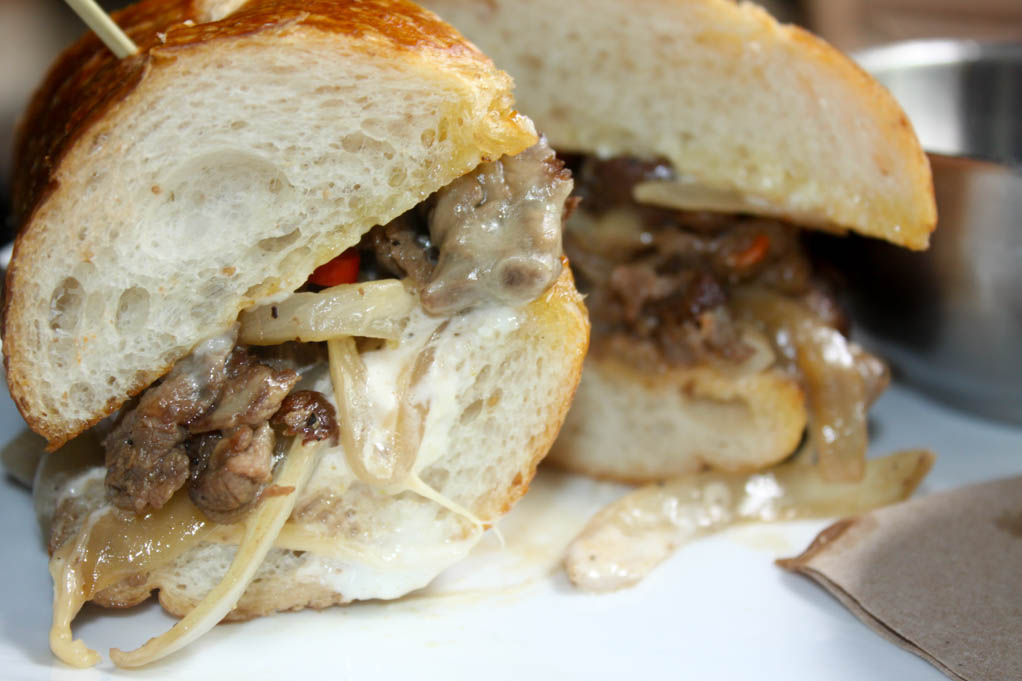 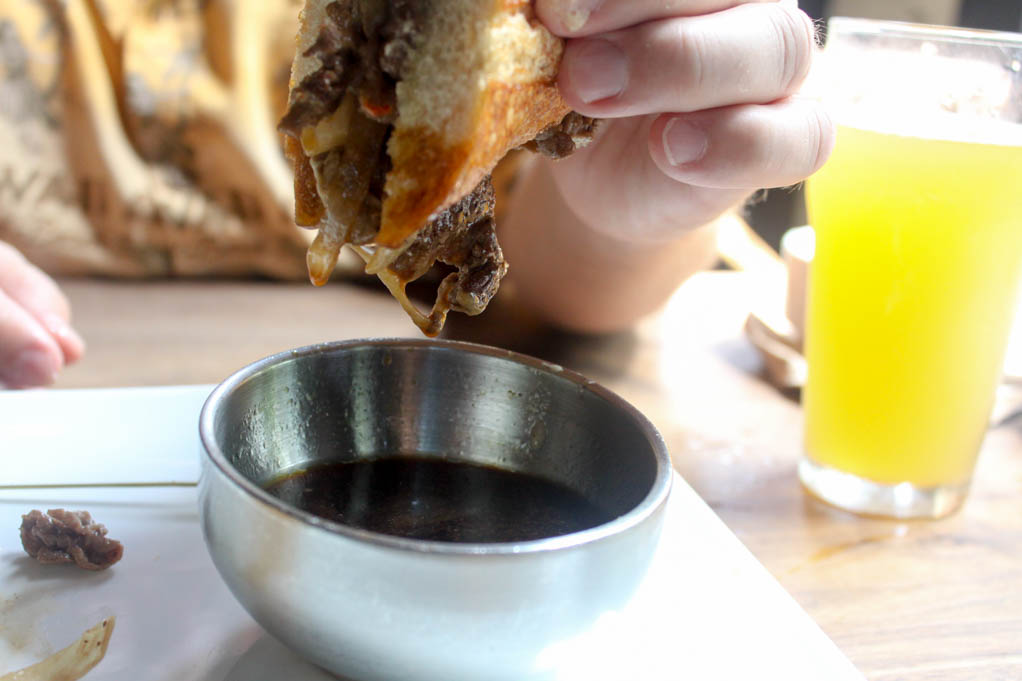 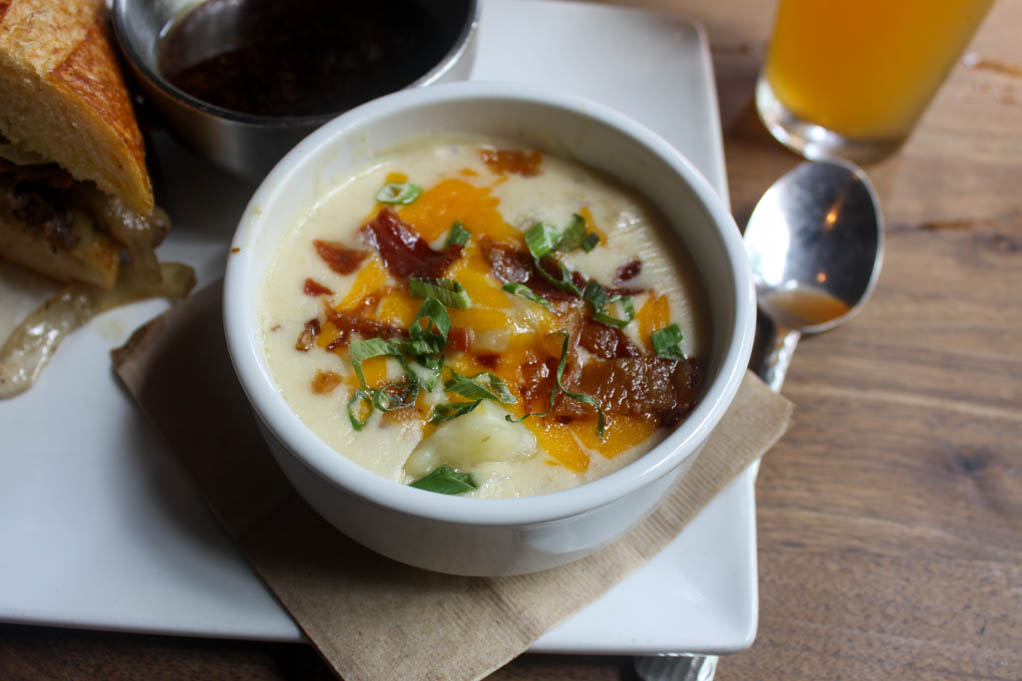 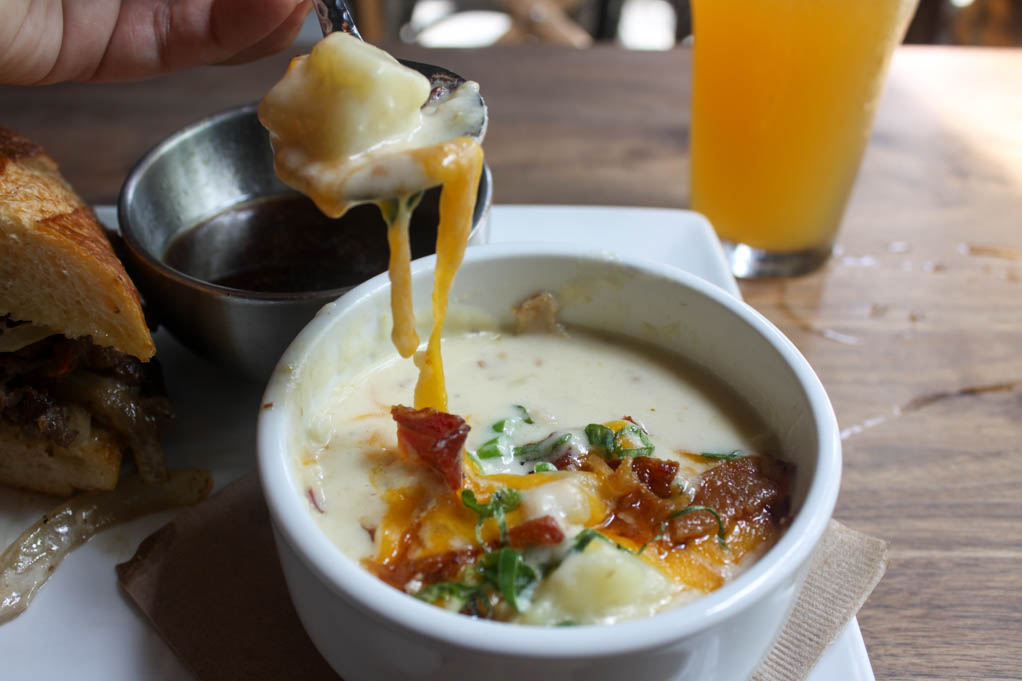 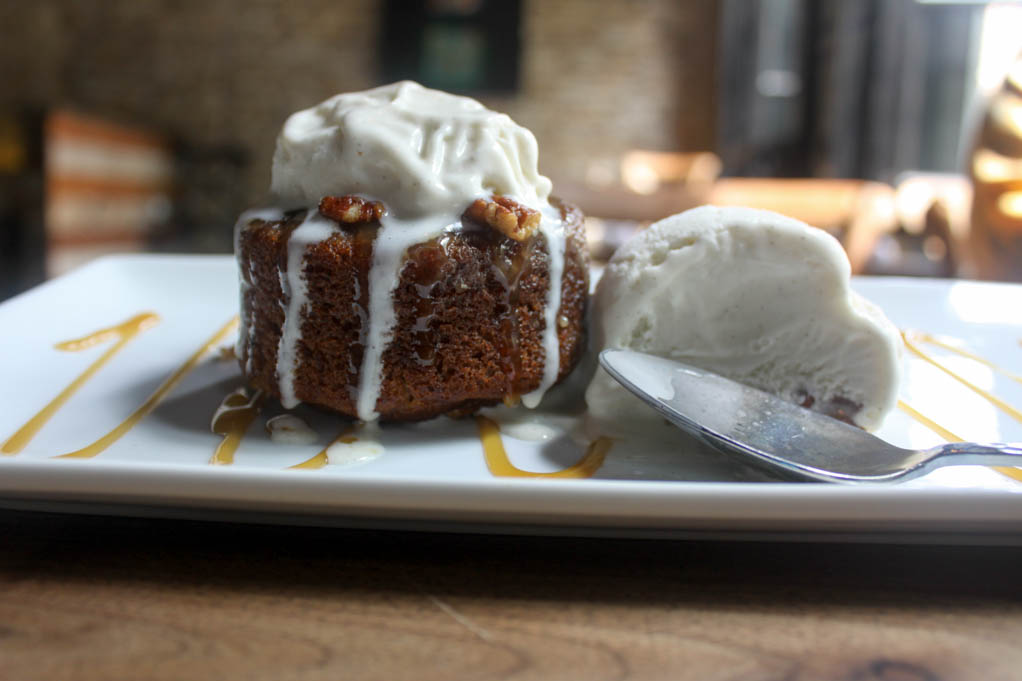 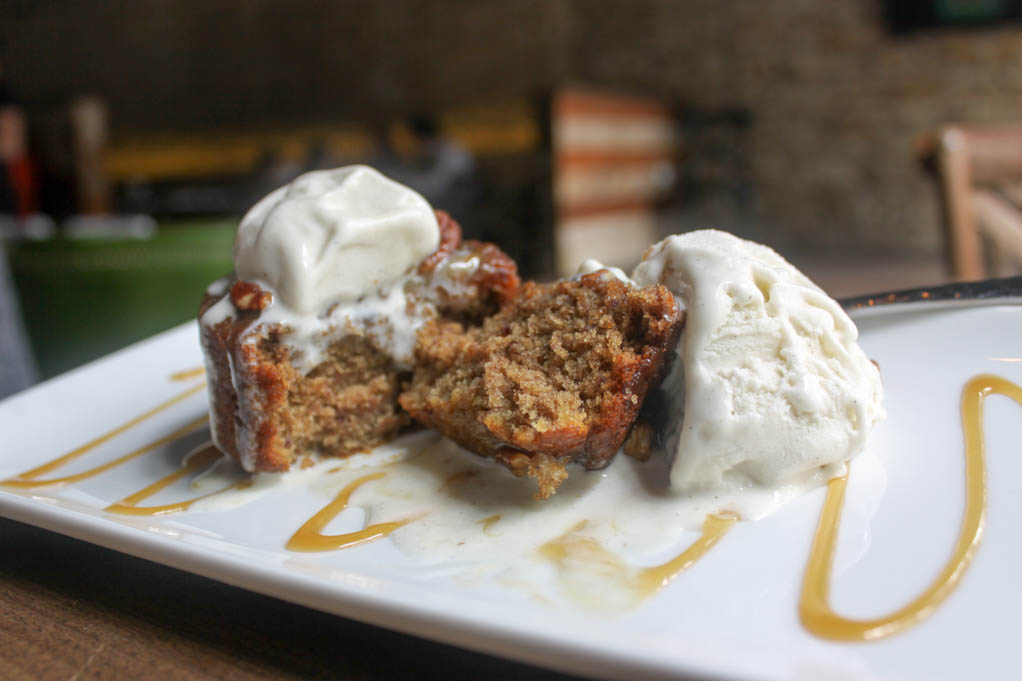 Situated on the corner of East Sixth Street and Brazos is Eureka!. A little retreat and oasis nestled within the hustle and bustle of downtown Austin. Eureka is the go-to place to enjoy some food, libations and people watching.

Eureka! is known for its signature burgers, craft beer, artisan liquor selections, and live entertainment. Each location has a slightly different menu as they pride themselves on using locally sourced food, craft beer, and spirits. Eureka! describes their atmosphere as “eatertainment!” and that makes Austin a perfect location!

Eureka! opened their first restaurant in Redlands, California in 2009. They have had their Austin location since late 2014. The historic building was built in the late 1800’s and its stone and brick walls are exposed in the interior of the restaurant. I really admired the decor and ambiance of the dining room with its tall airy ceilings and numerous windows.

I tried Eureka for Sunday brunch. I love brunch and the free parking in downtown Austin on Sundays. For starters, I tried the Shishido Peppers, which was a tough decision, as the Mac N’ Cheese Balls kept crying from the menu “pick me!”. These little chilis were deep-fried just long enough to make them tender. They were saturated with lemon juice, which really helped enhance the flavor of the tobiko as it popped in my mouth. In case you were wondering, tobiko is a Japanese word that means flying fish roe. They are the tiny orange balls of yumminess you often see on sushi. The waitress said the Shishido Peppers are mild, but that I might find one or two that were hot. And admittedly, I found one with a good burn! But, that little fire was easily put out with Austin Eastcider’s Blood Orange Cider.

I got a little antsy when I spotted the waitress on her way with my entrees! Am I the only one that gets excited when their food is almost to the table?

I went all out and ordered the Jalapeno Egg Burger from the brunch portion of the menu. I asked to have my burger cooked medium-well or what the chef thought was perfect. The burger was perfectly seared—crispy on the outside and pink and juicy in the middle. This burger was perfect for brunch! The egg was cooked just as it should be for a burger – medium-soft. The egg had the consistency of a soft custard—just enough to drip down the sides of the burger, but not onto the plate!  The burger toppings really made this a primo sandwich with bacon, pickled jalapenos, chipotle sauce, and a melted slice of cheddar cheese! The bun that was holding this beast together was lightly toasted on the grill and held up as both hands were needed to tackle this brunch-in-a-bun. This burger can also be ordered anytime as it is also on the burger menu. The burger was paired with fries—which I ordered extra crispy—and dipped in Sriracha.

My second entree was the Butcher’s Flat Iron Dip. This sandwich was a cross between a Philly steak and French Dip sandwich. It was the best of both worlds having both the grilled peppers and an au jus! The steak was thinly sliced and intertwined with a mix of caramelized onions that were married together on the grill. The hot steak and onion combo melted the Havarti cheese into the bread. Pickled Fresno chilis were dotted on top a horseradish mustard aioli that covered the top piece of French bread. It was time to plunge this sandwich into the hot au jus. Perfect! When I gave it a “proper French Dip”, the cheese just melted even more and I had to move it quickly to my mouth. I chose the soup of the day, baked potato soup, as my side in lieu of the fries. I also may have dipped some of the French bread from the sandwich in the soup as well.

What is brunch without dessert? Looking over the dessert menu was a little taxing, but I finally decided on the Bourbon Barrel Cake. I love cake! I love bourbon! And it comes with ice cream! I was so ready for this sweet ending to the meal. The best part about the cake was the presentation! The hot bourbon spice cake was shooting off steam when I plopped the ice cream on top. The vanilla bean ice cream melted and streaked down the sides of the cake. The pool of melted ice cream was soaked back up into the bottom of the cake and did not stand a chance against me and my spoon!

Eureka! was a delightful experience and on my list to try again! My next foodie adventure at Eureka! will be to try it out as part of the Sixth Street nightlife and get a seat at the bar and check out all those beers they have on tap.